Zambia's royalty dispute has stalled a $2 billion copper mine investment

Zambia's royalty dispute has stalled a $2 billion copper mine investment
Zambian copper miners have halted $2 billion of planned investment because a concession tax introduced last year has made copper projects unworkable, according to an industry lobby group, foreign media reported. Sokwani Chilembo, chief executive of the Zambia Chamber of Mines, says First Quantum Minerals' plan to invest $1 billion to extend the life of its Kansanshi business won't go ahead until royalties are canceled. The same is true for the Lubambe Copper Mine project backed by EMR Capital, which will invest the same amount in a new mining project, he said.
"We need to get rid of this royalty system to start making progress," Chilembo said in an interview. If the government doesn't think so, good luck."
John Gladston, a spokesman for Vancouver-based First Quantum, declined to comment. A Lubambe spokesman didn't immediately respond to an email seeking comment. Earlier this month, Lubambe CEO Nick Bowen said Zambia's changing tax regime made it difficult to invest.
The rocky relationship between Zambia and mining investors has deteriorated over the past 12 months. The Swiss company Glencore has put the government on a collision course with its plans to mothball the Mopani copper mine.
Zambia's finance minister, Bwalya Ng 'andu, told state television on Sunday that Zambia was not getting enough from mineral resources but was willing to consider mining companies' complaints about royalties.
Zambia is Africa's second-largest copper producer and depends on the metal for about 70 per cent of its export earnings. The chamber estimates that the coronavirus pandemic will reduce production this year to about 764,188 tonnes, well below Zambia's target of 1 million tonnes.
When copper prices are between $6,000 and $7,500 a tonne, revenue-based royalties rise from as low as 5.5 per cent to 7.5 per cent and rise further to 10 per cent if prices exceed $9,000.Copper prices have been above $6,000 since the end of June. Chilembo said royalties represent a double tax on producers, who also pay corporate income taxes.
"This pushes up the effective tax rate and makes these projects less attractive in terms of the cost of capital," he said.Once the double taxation is removed, these projects will be viable."The chamber of Commerce wants the royalties to be deducted from the profits tax. 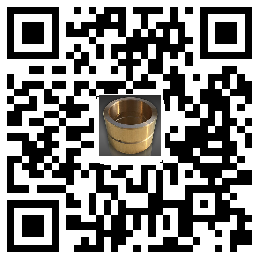